WHAT IS POST-TRAUMATIC STRESS DISORDER (PTSD)?

Post-traumatic stress disorder also referred to as PTSD is a form of anxiety that is caused by experiencing extremely stressful, scary or distressing events. Those who suffer from the disorder tend to relive these experiences through nightmares or flashbacks and sometimes have uncontrollable thoughts about the event. They may feel isolated, irritated and even guilty. PTSD can also cause insomnia and make it difficult to concentrate, meaning it can have a huge effect on someone’s daily life.

So what exactly causes someone to have PTSD? Well, in short, any experience or situation that someone found to be traumatic. This could be a car crash, an assault, robbery, significant health problems, childbirth. Symptoms of PTSD don’t always occur immediately after the event, sometimes it takes weeks, months or even years for PTSD to happen. Not everyone who experiences a traumatic event suffers from PTSD, approximately one in three people are affected but we are unsure as to why that is. Some factors that may contribute to a higher risk of PTSD following a traumatic event include: experiencing trauma earlier in life such as childhood abuse, having a job that might expose you to traumatic events such as military personnel or first responder, mental health issues like anxiety or depression, substance abuse, a lack of a support system, having close relatives with mental health problems.

PTSD symptoms tend to be split into four categories:

3. Negative Changes in Thinking and Mood

4. Changes in Physical and Emotional Reactions:

Following a traumatic event, most people experience symptoms consistent with PTSD such as fear, anxiety, anger and depression, however the majority don’t develop long-term PTSD. It’s important to get support following such an event to prevent these normal reactions from developing in to PTSD and to prevent you from using unhealthy coping methods like alcohol or drugs. If you are currently suffering with PTSD or have experienced a traumatic event, get in touch with Dalton Wise.

What is Generalised Anxiety Disorder? Find out here 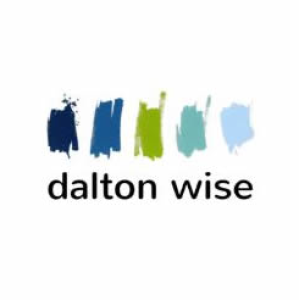